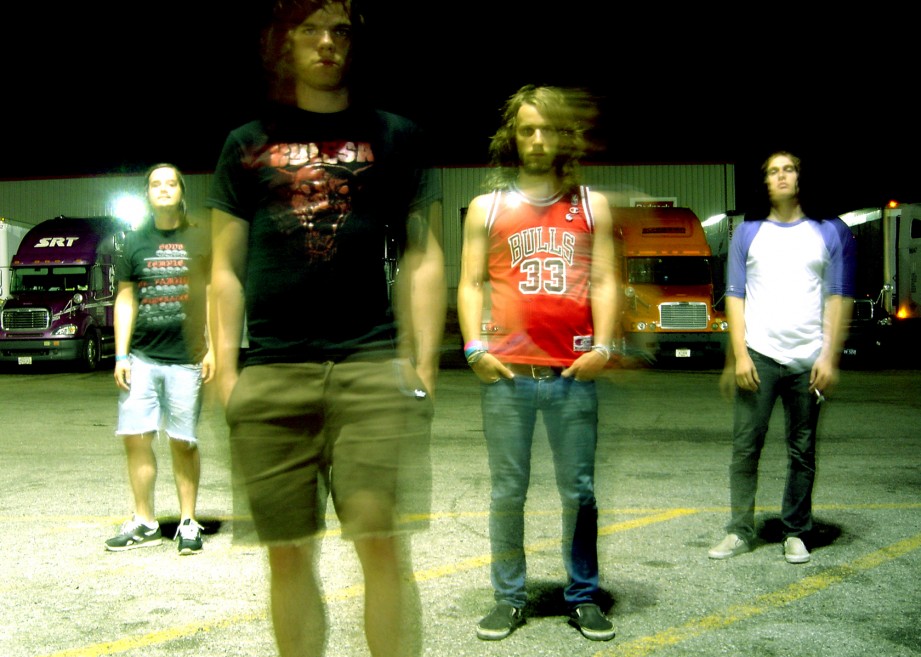 The Jonbenét began in the sweltering Houston summer of 2003. The band released their first demo later that year, and following a lineup change, proceeded to release two self-released EPs in the summer of 2004 (Five Stories Retold) and again in early 2005 (a split with The Kidnap Soundtrack). During this time, the Jonbenét hit the road hard, booking their own tours and self-financing everything. Traveling across the US, they began building their fan base solely based on DIY, punk rock ethics and incredible word of mouth. The band soon had a record deal in hand and began to assemble their first release to support the tour. The Plot Thickens EP was released by Pluto Records in the summer of 2005. The 8-song release was a discography of sorts, combining re-mastered versions of their previous self-released EPs. The band planned to finish their summer tour schedule and hit the studio to record their debut full-length, but the public at large wanted to see more of the band. Instead, the Jonbenet found themselves touring nearly non-stop in support of The Plot Thickens as tour offers kept rolling in.

Featuring Michael Murland on vocals, Dann Miller on guitar, Wil Spent on bass, and Drew Ireland on drums, the Jonbenet shine in a live setting, delivering exhausting and unforgettable performances every night. The band has shared the stage with a number of great bands including The Fall of Troy, The Number 12 Looks Like You, Cave In, Since By Man, Turmoil, At All Cost, Fear Before The March of Flames, Doomriders, Integrity, Bear vs. Shark, As Cities Burn, and many more. In between tours, the Jonbenet found the time in early 2006 to record their new record, Ugly/Heartless. Recorded live without the usual digital polish of many of their contemporaries, the Jonbenét keep it raw and real. The album shows the progression the band has undergone in the time since their previous release, producing a darker and heavier aesthetic.