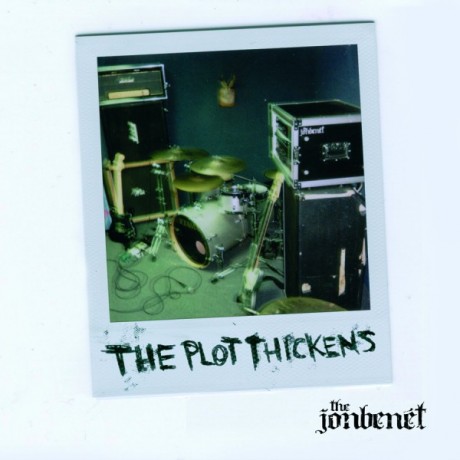 The Plot Thickens introduced an exciting young band from Houston, TX to an unsuspecting public. The Jonbenét made people talk, and the band’s noisy brand of post-hardcore was both catchy and chaotic.

Actually a collection of the band’s recordings over the previous year, The Plot Thickens includes material from a self-released EP called Five Stories Retold and a split with fellow Houston band the Kidnap Soundtrack.

Recorded by Chris Goodwin at 7A Studios.
Tracks 1-3 were recorded in November 2004.
Tracks 4-8 were recording in June 2004.
Chris Goodwin played bass on this recording.
Mastered by Nolan Brett at Crystal Clear Sound.