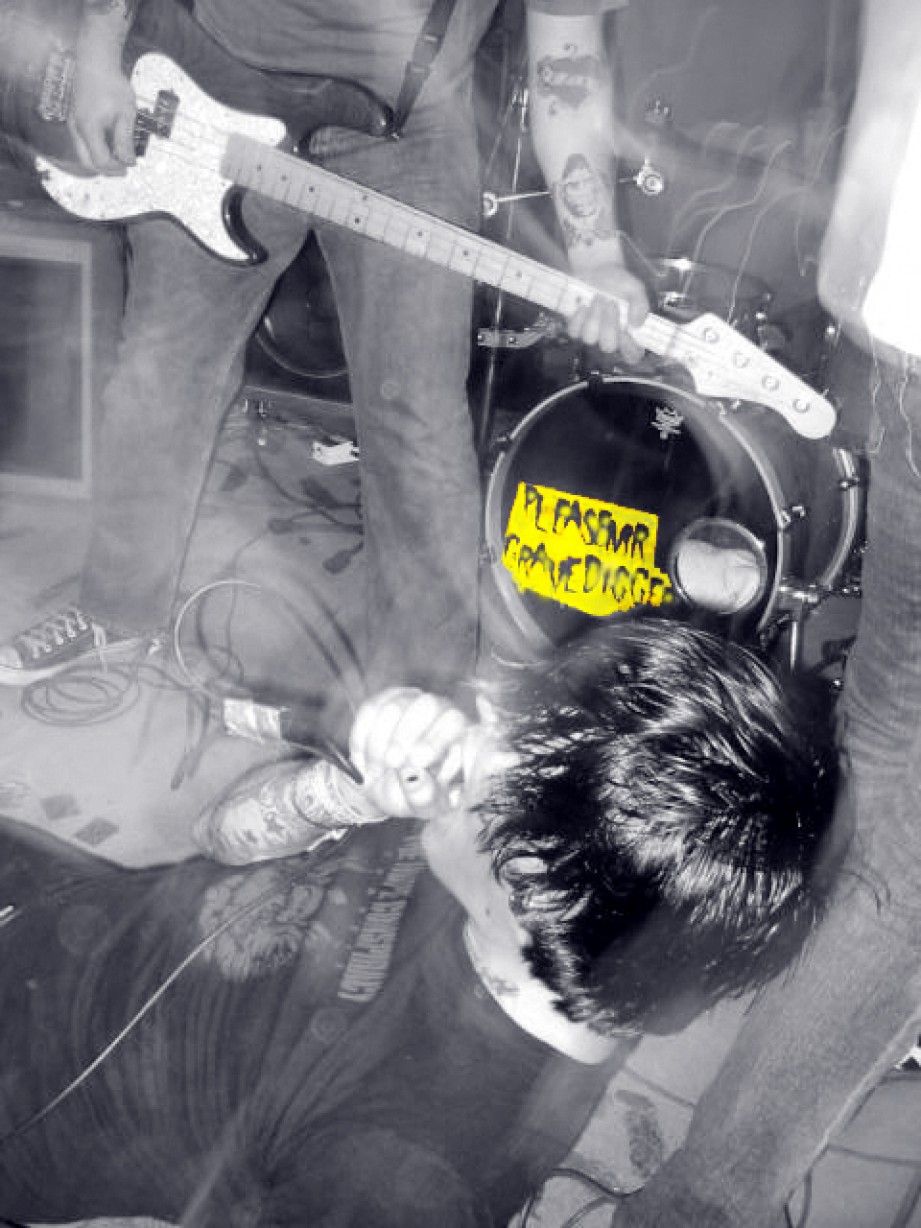 Their sound stems from early punk rock n roll driven by modern hardcore influences. Their live show is pure energy and mayhem. Please Mr. Gravedigger is not just a band, they are a rock and roll movement. Guitarist Richie Lauridsen and vocalist Tommy Garcia began piecing the band together in 2002, when Tommy, who along with Brandon Hays (bass) and Ruben Gutierrez (ex-guitar) were all sharing time in As I Lay Dying. They wrote a few songs and self-released their first demo before eventually deciding to make Please Mr. Gravedigger their full time musical endeavor. They then set out to recruit the remaining roles to fill out the lineup and establish the band’s direction. Their direction was simple and effective; play pissed-off punk rock and have fun doing it.

After a 7-inch release on California indie Phantoms Records in 2003, the next year found Please Mr. Gravedigger signing on with Pluto Records to release their full-length debut, Here’s To The Life Of The Party. The album was a blistering indication of the state of underground punk rock and sparked plenty of praise and attention.

Please Mr. Gravedigger continue to stay busy while expanding their growing fan base. The band just released an all new EP entitled Throw A Beat on Pluto Records, and the praise has again been astonishing. There is no doubt that PMG is one rock band that deliver the goods.