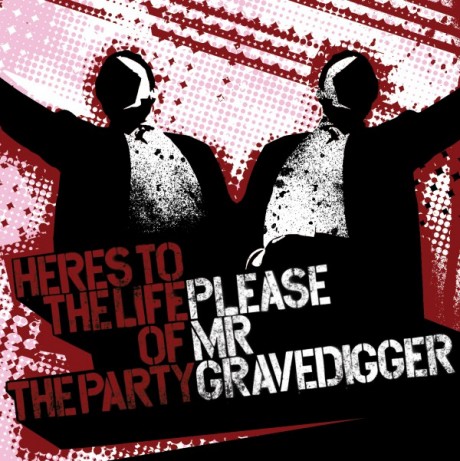 Here’s To The Life Of The Party

San Diego, CA’s Please Mr Gravedigger is “a living, breathing rock n’ roll nightmare…one of most intriguing newcomers to graze the punk rock scene in some time” (theprp.com). For fans of The Bronx, Murder City Devils, Give Up The Ghost, Swing Kids.

“a blistering blast of hardcore energy, punk rock angst and synth pop that is significant not only for its unbridled enthusiasm but its originality.” -Exclaim! Magazine

“the record is a blast” – decoymusic.com

“one of the more creative releases this year” – pastepunk.com

Recorded and engineered by Dan Maier (No Knife, The Plot To Blow Up The Eiffel Tower) at Audio Design in Jan/Feb 2004.
Assisted by Danny Caccaro.
Produced by Please Mr Gravedigger and Dan Maier.
Mastered by Alan Douchesat West West Side.
Artwork by Ryan at The Halo Industries.

Please Mr Gravedigger was at the time of this recording:
Tommy, Richie, Ruben, Brandon, Thomas, Johnny