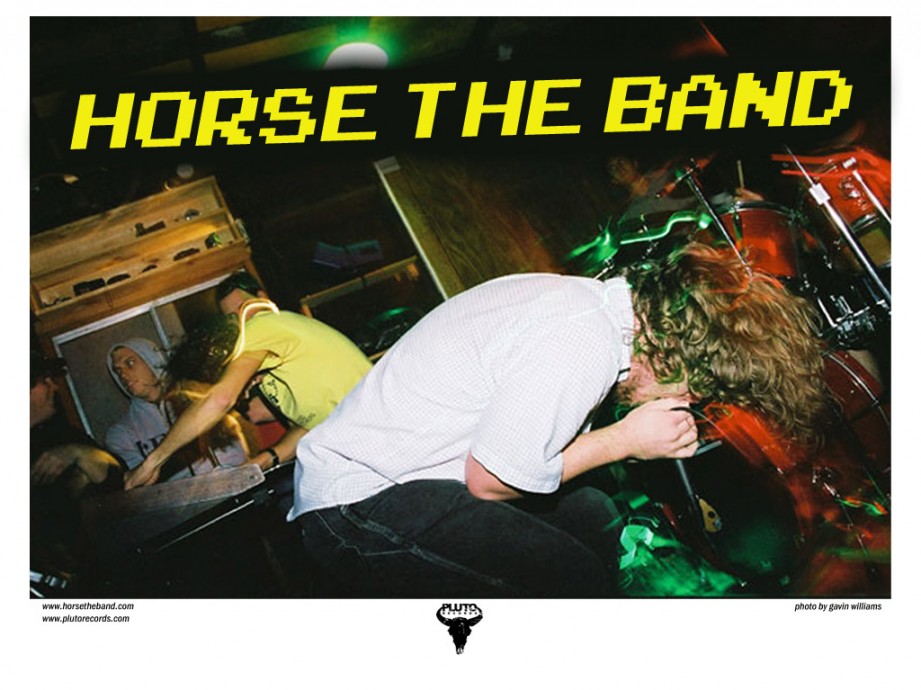 Stumbling out of Los Angeles, CA, HORSE the band has been many people’s favorite little secret since their inception in 2000. The godfathers of the sound already coined as “Nintendo-core”, they’ve built a sizable worldwide fan base just by being creative and having a slightly demented sense of humor. Deconstructing hardcore and metal trademarks and soaking them with a sharp tongue and inventive keyboard leads, HORSE the band has risen to the forefront of eclectic and extreme hard rock music. When HORSE the band signed with Pluto Records in early 2003, they finally got to release a debut full-length, R. Borlax, which was an immediate hit. The media picked up on the buzz as well and the band found themselves praised in the pages of some of the top music magazines such as Kerrang, Alternative Press, Terrorizer, and Rocksound just to name a few.

In the summer of 2004, the band set out on the most ambitious tour any band, big or small, could hope to accomplish. HORSE THE WORLD TOUR 2004 included 85 shows in 90 days, spanning 7 countries. One highlight was a jaw-dropping performance at Hellfest in July, which was characteristic of the whole tour which turned out to be a huge success.

An offer from Combat Records soon followed, and HORSE the band seized the opportunity to take things to a new level. The band found themselves in Seattle recording with producer/engineer Matt Bayles (Botch, Norma Jean, Mastodon) and produced a huge follow-up to R. Borlax. “The Mechanical Hand” and was released through Combat Records in 2005 followed by “A Natural Death” (2007) and the “Pizza” EP (2006) on Koch Records. “Desperate Living” was released on Vagrant Records in 2009.