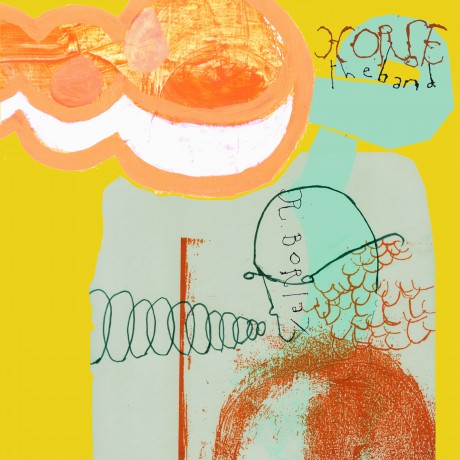 Coming out of Lake Forest, CA, HORSE the band has been many people’s favorite little secret since their inception. Originating the sound already coined as “Nintendo-core”, they’ve built a sizable fan base by just being dedicated and creative. Deconstructing hardcore and metal trademarks and soaking them with a sharp tongue and inventive keyboard symphonies reminiscent of old Nintendo adventure game soundtracks, HORSE the band has exploded on the scene implementing a uniqueness not easily found in today’s music world.

The band has remained hard at work first releasing an independent demo, which lead to a successful national tour and substantial buzz surrounding the band. Their label debut was a 4-band compilation on Goodlife Recordings, which continued to spread HORSE the band around the planet. They then began working on their debut full-length recording and produced their crowning achievement in their young career, “R. Borlax”. With this incredible new record, they have broken down the walls between the incessant labeling of sub-genres within heavy music, and hand us something sure to entertain anyone.

With their dedication, increasing publicity, diehard fan base, national tours in place for the fall and winter, and by simply calling themselves HORSE the band, there’s no doubt you will be hearing much more about this band in the months to come.