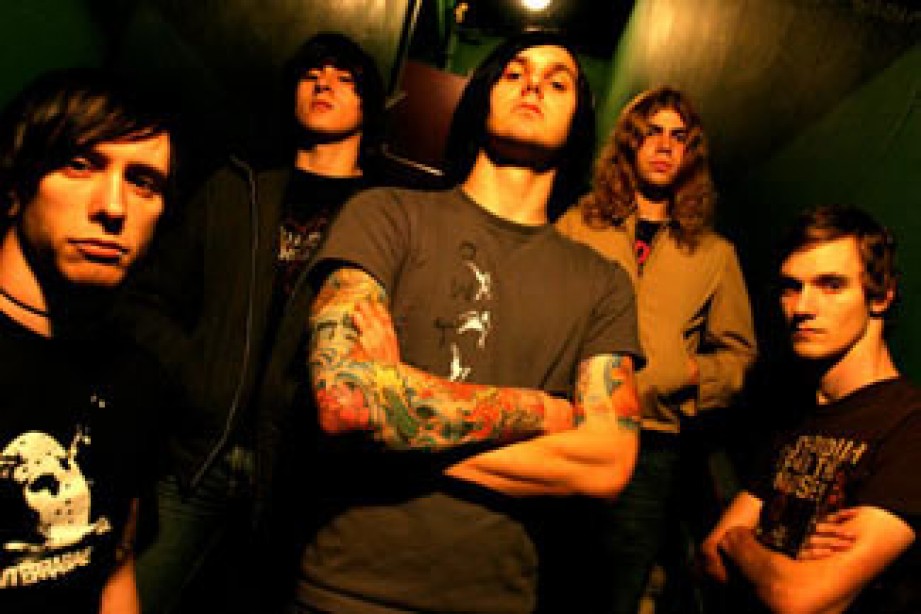 Since forming in early 2001, San Diego, CA’s As I Lay Dying has come to embody the idea of how important hard work is for a young band trying to cut their teeth in today’s underground music world. The band signed with Pluto Records after only their first demo, and then hit the studio to record their debut full-length album, Beneath The Encasing Of Ashes, which was released in June of 2001. After much of the remaining year spent on the road, the record was soon being hailed as one of the best metal debuts of the year. The band went back into the studio in the spring of 2002 to record five new tracks, to be released as a split with good friends and fellow San Diego natives American Tragedy. Their sophomore release for Pluto was also called one of the best albums of the year by many critics, and took the band to new heights and attention. Throughout all this time, the band toured endlessly, ensuring every kid anywhere in the country would have a chance to witness As I Lay Dying live. So the band set forth to build their fan base one fan at a time, night after night. After nearly two years and two successful releases on Pluto Records, As I Lay Dying signed to legendary metal powerhouse Metal Blade Records to be their new home. As I Lay Dying’s Metal Blade debut CD, Frail Words Collapse, was released in the summer of 2003 and became a huge breakout album for the band, and metal in general. Soon the band was selling out clubs around the county, being seen on MTV and Fuse, and found themselves hailed as one of the top American metal acts of today. Their newest album is poised to cement their already impressive reputation. Released in June of 2005, Shadows Are Security came out with tremendous buzz that propelled the album to open as the #1 Independent Album in the country and #35 on Billboard’s Top Album Chart. The band is also featured co-headlining the Hot Topic Stage at this year’s Ozzfest.