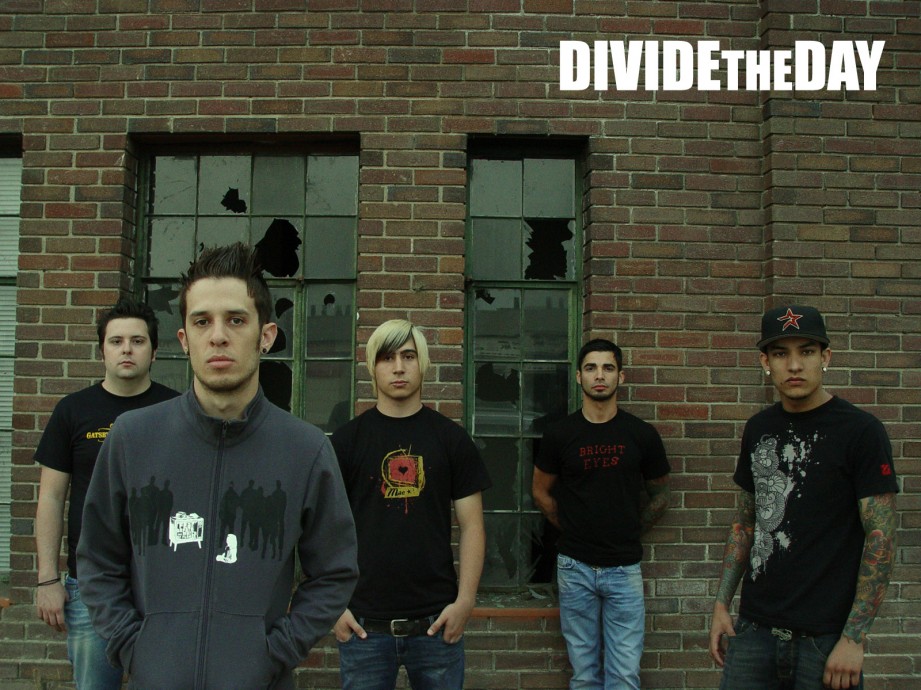 Hailing from Southern California, Divide The Day fuses punk rock energy with hardcore intensity to create rousing and unforgettable rock and roll anthems. For over 3 years, Divide The Day has sold out local hometown shows and built a strong and loyal fan base across Southern California. In that time, they self-released two CDs and independently booked and completed a number of tours including two West Coast tours, a Midwestern US tour, and a full US tour in Jan/Feb 2005.

Early on the band worked hard, and found themselves being invited to play the Ernie Ball stage on a few California dates on the 2002 Vans Warped Tour to great success. In 2003, Divide The Day completed work on a full length CD, and decided to self release it to help finance their touring. The following year saw the band growing more melodic and widening their influences while paying homage to Sin City itself with the entertaining EP “Vegas Baby Vegas”, which the band once again self -released in 2004.

After their independent releases in 2003 and 2004, Divide The Day signed with Pluto Records, and after warming up with a few tours out to the Midwest, entered the studio to record the new full length, “Pretty Girls with Ugly Boys”. The album features a few fan favorites, and a slew of newly written material equaling 14 tracks of masterful and endearing hardcore rock and roll. Having made positive regional impacts and with a rising national awareness, Divide the Day is looking forward to future touring and gaining many new fans across the US and all over the world.