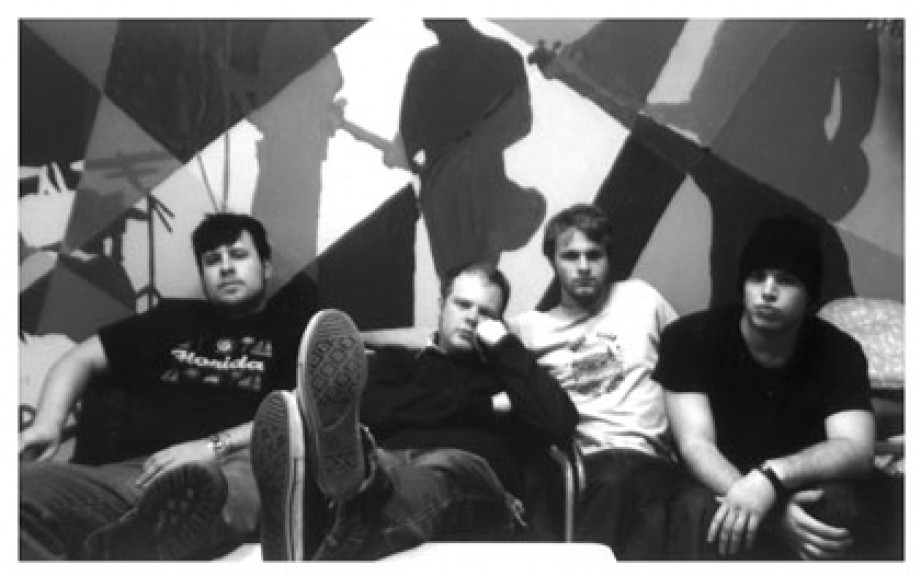 Canterbury Effect was formed in 1999 in the small town of Brazil, IN.  They began playing locally anywhere they could get a gig , from clubs to fans’ basements. Their popularity spread as they embarked on several small tours, playing with the likes of Cool Hand Luke, Luti-Kriss, Side Walk Slam, and Calibretto 13. In the summers of 2000 and 2001, the band was asked to play the annual Cornerstone Festival to wide acclaim. Plans for recording with famed producer Ed Rose of Redhouse Studios in Lawrence, Kansas, materialized in the spring of 2001, which resulted in their latest album, “An Exercise In Humility”, and finding a home for their blend of emo, punk, and hardcore with Pluto Records.  “An Exercise In Humility” follows three previous self-released CD’s, which include:  “Heart”, “Lena Road”, and “How To Steal A Car”.  Intricate, yet still very raw guitar work, heavily involved bass lines, shared vocal duties, and intense drumming all mix to create what they love: complex song structures, offbeat rhythms, and surprise endings that keep you wondering what’s going to happen next. Canterbury Effect put down music that is inspiring, real, and constantly evolving into something new. The band released the “Every Piece of Me” EP on Pluto Records in 2003.