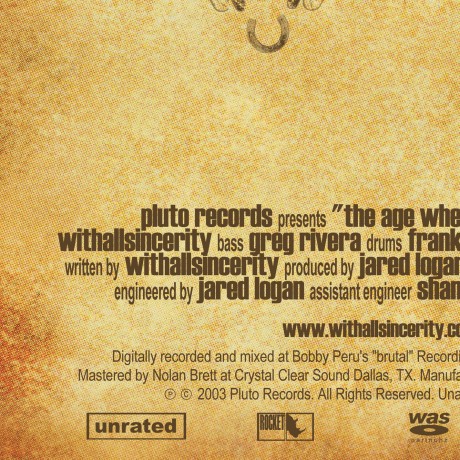 The Age Where Nothing Fits

In the early 2000’s, With All Sincerity pioneered the fertile hardcore scene of San Antonio, TX and revolutionized the art form of aggressive music in Texas. After self-releasing two demos, the band released their full-length debut The Age Where Nothing Fits on Pluto Records. Impossible to stick into any single genre, the album is a brutal attack to the senses with flavors of new-school hardcore, metal, and melodic thrash.

With All Sincerity was at the time of this recording:
Greg Rivera – Bass
Frank Gonzalez – Drums
Ryan Jensen – Guitar
Adolf Acosta – Vocals