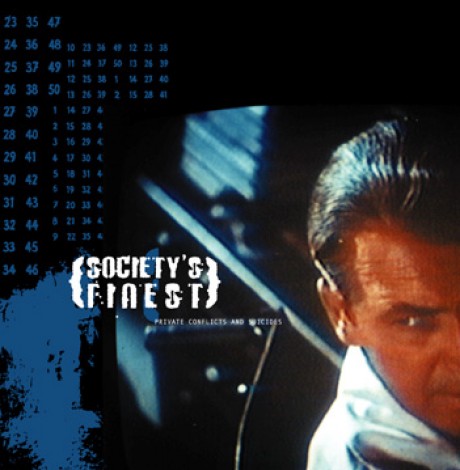 Coming off their popular first local release in 1998, a split album with future Pluto Records’ band My Spacecoaster, Society’s Finest was ready the following year to release the Private Conflicts and Suicides EP.

Pluto’s second release in partnership with Fury One Sixty One Records, Private Conflicts and Suicides was recorded at Poyter’s Palace in Little Rock, Arkansas well known as the recording studio for such heavy acts as Living Sacrifice, Zao, and Embodyment.

Soon after the release, the band signed to Solidstate Records and made a name for themselves as a heavy-hitter in the burgeoning hardcore metal scene.

Only 1,000 CDs were ever pressed and sold out quickly after it’s release. The recording was then acquired by Solidstate Records which held the recordings until it was eventually repackaged with new songs and released by Hand of Hope Records in 2004 as Love, Murder and a Three Letter Word.

Engineered and Recorded by Barry Poynter at Poynter’s Palace in Little Rock, AR in January 1999.

Design and Layout by Kris McCaddon.