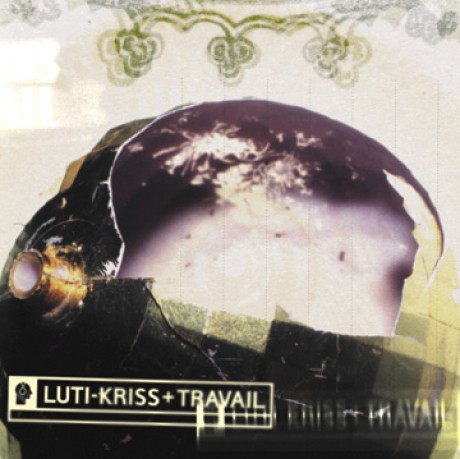 One of Pluto Records most storied and sought after out-of-print releases, the Luti-Kriss + Travail split captured an exciting point in time in the history of both bands.

After the release of their debut album on Pluto Records a few months earlier, Travail was riding a wave of buzz and touring the country when they met a group of young musicians from Douglasville, GA called Luti-Kriss.

Luti-Kriss was riding a wave of buzz of their own, playing shows all over the country and gaining fans in national bands such as P.O.D. and Project 86. They had become known for their chaotic and passionate live shows, all the more impressive considering the band was still in high school. For all the attention and accolades the band was receiving, they had yet to record anything, and their growing fan base was hungry.

A call to Pluto from Travail’s Matt Leslie set the project in motion. Matt suggested the label release a split album with the two bands, and Pluto agreed. Within a couple of months, both bands entered the studio and produced the Luti-Kriss + Travail split which was released on August 31, 2000.

The album helped expand both bands into bigger audiences and other record labels soon converged. Travail moved to Metro One Records in a deal that saw their previously released Pluto material repackaged and re-released.

Luti-Kriss was signed to Solidstate Records and went on to evolve into Norma Jean, one of the biggest bands of the alt-metal and metalcore genre.