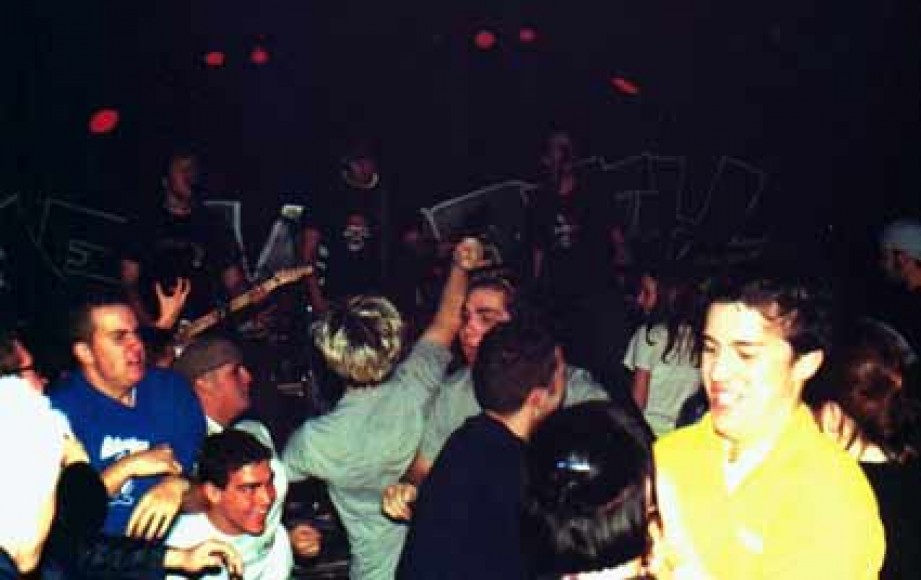 The Underdog Conspiracy play a style of melodic hardcore punk similar to bands like Good Riddance, Lifetime, and Face to Face. These Kansas City punks have developed an infectious brand of rock and roll in their history since forming in late 1998. Many accolades were earned early on such as three first place titles in Kansas City battle of the bands contests. The band continued to build a huge local following and self-released a well-circulated thirteen song demo CD in the spring of 2000.

A year later the band found a home at Pluto Records, and soon were in Ashland Studios in Kansas City, recording their debut release, “Victory”. The Underdog Conspiracy embarked on a successful tour of the Midwest to gear for the release of “Victory”, and a full national tour in support of the record followed.

“Throwing many genres into the melting pot can usually be a destructive factor for most bands but that is not the case with The Underdog Conspiracy. You have a blend of punk, metal and emo mashed into one big ball of disgust, but it is still true blue punk. So open your ears jackass and see what precise harmonics and striking melody can do to a band.

Straight off the bat the wicked punk vox come through with blitzing guitars leading the way. “Best Friend” show us drums so quick you wonder how this guy even keep his feet still for at least a movie or church service. Moving a mile a minute seems to a characteristic to each member of this band. Ripping through with every note, the guitars do not stray one bit from the base of this track making it the vital factor in this song!

With Social D quality, “The Storm is Now” is a perfect display of the punk attitude, with extensive lyrical content and staggered guitar licks. A very mellow track and very short. The reason I touched upon this specific track is because of the change in the style this band has. You are given razor like hatred in one track that is aligned with old school Oi-like background then the next track does a complete 180 in the opposite direction.

Great diversity!!!…It creates a feeling of the utmost admiration for what punk is, was and always will be about.” – Megakungfu.com